Many people are consciously working on nutrition and the necessary supplements to support their health. Vitamin D3 is also in the spotlight nowadays, because it plays an important role in many processes in the body. You probably know that it’s important for strong bones, but it also plays a role in developing diabetes and is important for cardiovascular health. In this blog you’ll find all the information about what this vitamin is in, what it’s good for and how you can make sure you get more vitamin D3.

The role of vitamin D3 in the body

Vitamin D is an oddity in the family of vitamins. It is also considered a hormone. This vitamin, if you ingest it, is not directly usable by the body. It must first be converted to an active form, which is called 25-hydroxyvitamin D by a complicated name. Only then can it be saved. Another form into which it can be converted is 1,25-dihydroxyvitamin, a substance that has a hormonal effect.

Vitamin D is partly produced by the body and partly from food. To make it, we need sunlight. That’s why many people know vitamin D as the sunshine or summer vitamin. It is a substance that can be dissolved in fat (just like vitamins A, E and K for example). There are two forms: Vitamin D2 (ergocalciferol) and D3 (cholecaciferol). Your body needs both, but D3 is the more important and powerful vitamin of the two.

If you’re into healthy eating you know that vitamin C is important and B12 is a well-known one too. But D3 is at least as essential as these vitamins. It is involved in very many processes that are important for your health, such as metabolism, immune system and muscle growth. 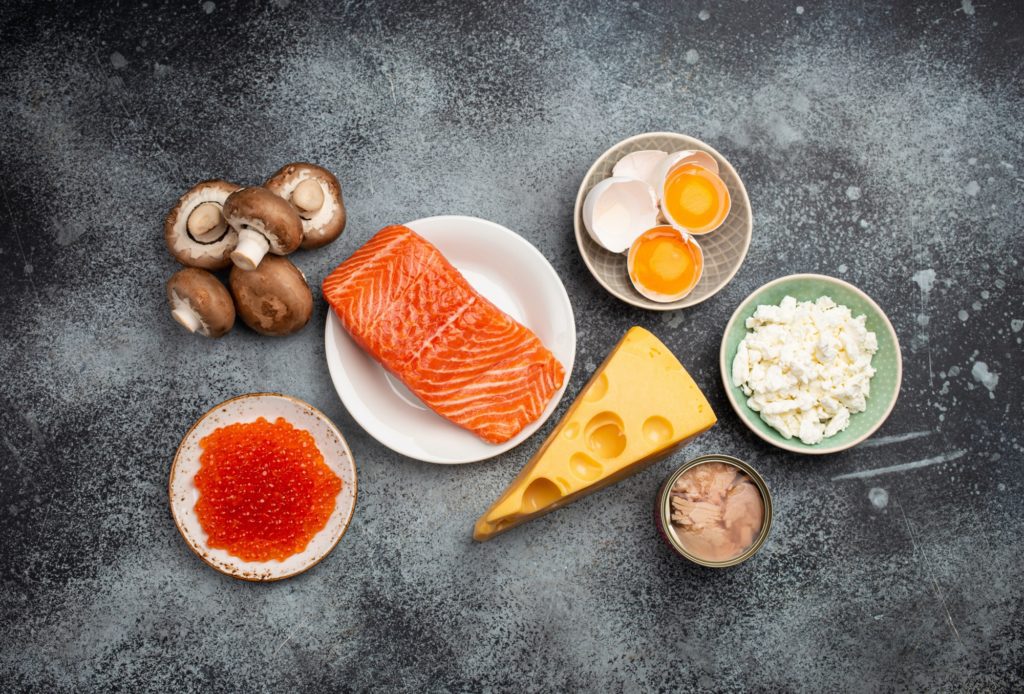 Where do you get vitamin D from?

As mentioned, you need sunlight to make vitamin D. It is important, however, that you regularly expose your skin to sunlight so that it can produce this vitamin under the influence of UVB rays. Do you wear long sleeves or use sunscreen? Then the production of vitamin D is greatly hindered. And of course it is also important to protect yourself from the strong rays of the sun, in connection with skin cancer. So it is always good to weigh up the pros and cons of sunlight. By spending at least 15 minutes with your bare skin in the sun every day, your body makes about 5000 to 15000 IU of vitamin D.

Another source of vitamin D is food, but you only get limited amounts from that. For example, fatty fish, egg yolks and some fortified products contain this vitamin.

Studies show that more and more people are becoming deficient in vitamin D3. This can occur in people who sit inside a lot, follow a vegan diet or eat unhealthily. Consequences of a shortage are:

The role of vitamin D3 in the body

This vitamin plays a role in the functioning and growth of muscles. So it is important if you want to maintain and improve muscle strength.

By making sure you have enough vitamin D, you ensure healthy and strong bones. This can help prevent osteoporosis and bone fractures.

Helps reduce the risk of diabetes

Vitamin D plays a role in the sensitivity of cells to insulin. Therefore, a deficiency of this vitamin can lead to the development of type 2 diabetes. Vitamin D supplementation in children may possibly reduce the risk of type 1 diabetes (the congenital variant).

Studies suggest that there may be a link between vitamin D and cancer. In countries with high exposure to sunlight, certain types of cancer are less common than in northern regions. It seems that vitamin D plays a role in this and may be able to reduce the risk of cancer. There is still more research needed to the exact link between cancer and vitamin D to get clear.

Vitamin D3 is important for a healthy heart and blood vessels. It can improve cholesterol levels and stimulates blood flow.

According to the Dutch Society of General Practitioners, vitamin D deficiency is common, particularly among the elderly: 50% of people living at home and 85% of nursing home and care home residents had a deficiency, a sample showed. On average, an adult needs 10 to 20 micrograms of vitamin D or 400 to 800 IU (international units).

If you think you can use some extra vitamin D3, you will find Together’s vegetable vitamin D3 supplement in the Dutch Microdosing webshop. It comes from a unique lichen, which is the only plant source of vitamin D3. Coconut oil has been added to the supplement to improve the absorption of the vitamin. With 1000 IU vitamin D3 you have enough to make up for any deficiencies and support your health. Are you looking for any other supplements? Then check out Together’s other plant-based supplements.